Kid Kyle a Doo Wop Sensation who is currently captivating audiences with his unique voice and showmanship.  Kyle experienced his first taste of national exposure when he appeared on American Idol Junior in Los Angeles, California.  By November 2005 he began to receive media exposure. He performed on NBC’S “Today In New York,” Fox’s “Good Day, New York,” and a national appearance on “The Tony Danza Show.” He has filmed “My Music, Doo Wop Love Songs” for PBS in 2008 for which he received national acclaim and in 2018 was again featured on the new PBS special entitled "Doo Wop Generations."
Kyle's CD ”Without Love” recorded in 2014, features Kyle with legendary backup talent including members of The Jordanaires, The Duprees, The Del Satins, The Dubs.  Kid Kyle's latest CD "Can't Help Falling In Love" his fifth album, was released in 2017 and received numerous outstanding reviews from the music industry.  In June 2019 at The East Coast Music Hall Of Fame Awards Kid Kyle was awarded "Best Music Maker, Singer Male 2019.

In my opinion "Kid Kyle is the Elvis Presley and Michael Buble of Doo Wop".  This is not just an unbelievable show this Show will be an Entertainment Experience.  Just another fantastic show the Paisans Club is bringing to their members. You will not see this show anywhere but at the Paisans Club. 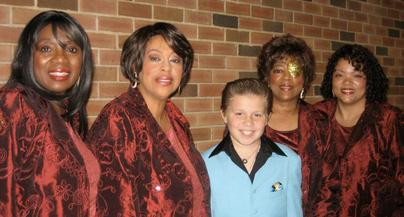 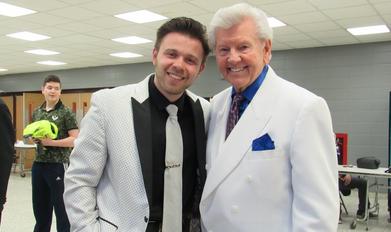 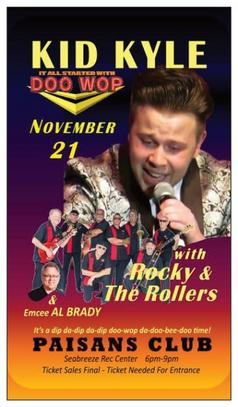